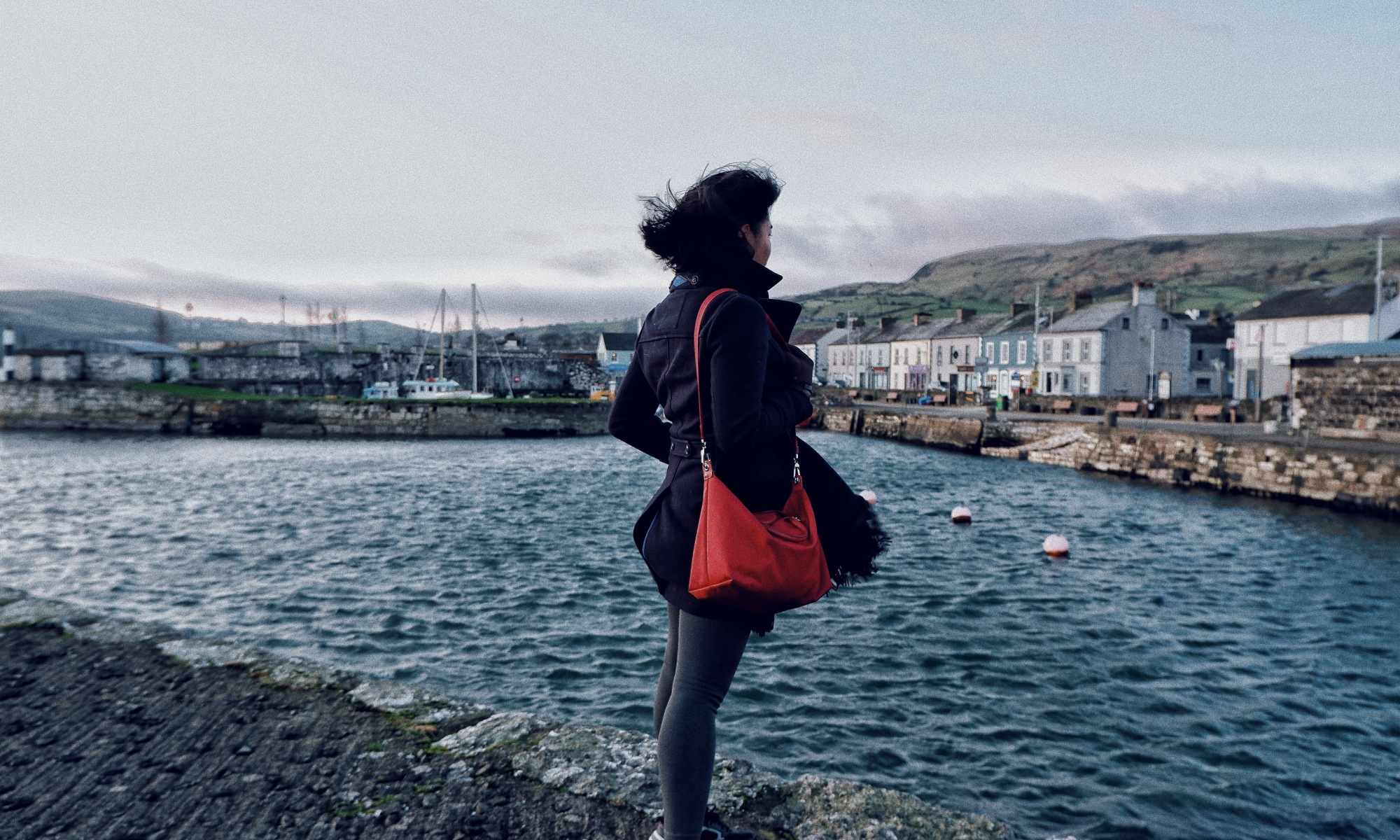 I had chills both from the high winds and the fact that we will be seeing some of the places in the Northern Ireland where Game of Thrones shot their scenes. Wake me up! I’ve always wanted to go to Dubrovnik, Croatia because of King’s Landing but I don’t mind seeing first these tiny bits of details that make up some of the notable scenes in GoT. So stoked! It’s a dream come true just to be able to breathe the same air and step on the same soil as the casts did. I’m exaggerated like that! Game of Thrones fans will know how it feels. 😀

I forgot what time we were picked up at the rendezvous point but what I do remember is that it was very cold outside so we had to go inside Jury’s Inn to have coffee while listening to Christmas jingles. Never not starting the day with a coffee or hot chocolate! It was still early and dark yet you can see the excitement and enthusiasm especially from our tour guide, Andrew, who was actually part of the Game of Thrones series. He got some images that served as proof that he was, indeed, in the TV series. LOL. He’s got some funny behind the scene stories as well that happened on set which made this tour more personal. He speaks like a real part of the army and I thought it was just part of the whole tour experience but no, it’s really how the way he speaks. Even other people, like the Uber drivers, speak that way so it kind of felt like I’m talking to Game of Thrones cast everywhere.

So our first destination was the Carnlough Harbor. Remember that episode where Arya was stabbed multiple times by Waif? That was taken in Spain, if I heard it right from Andrew. But when she surfaced from the water, that specific part was taken here at this very spot I’m standing on. See it here. From Spain to Northern Ireland real quick! Andrew also told us that Arya had a double to do the water scene but, she insisted to do it herself. Way to go, Maisie Williams! 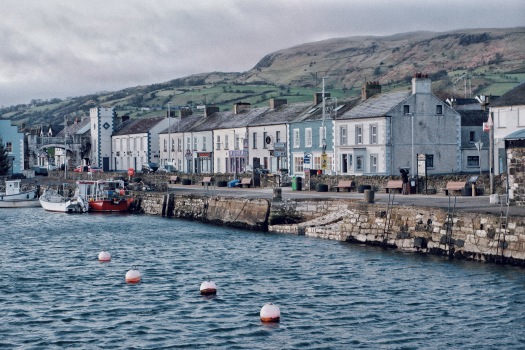 Next stop was the Cushendun Caves. It’s used as a location near Storm’s End in the Stormlands. This is where Stannis gave an order to Davos Seaworth to smuggle Melisandre ashore to a cove situated below Renly’s camp. There, Davos witnessed in horror as the red priestess gives birth to the shadow creature which ultimately kills Renly Baratheon. How could anyone possibly forget that scene, right? 😛

We had to walk for about a kilometer or two on the side of the hill to get to Carrick-A-Rede Rope Bridge. If I’m not mistaken, this is where they got the inspiration where Euron threw his brother, Balon, over the bridge and he falls to death. This place was my favorite tho my face was like burning and all red from the high winds and for enduring it for almost an hour! Crossing the bridge swinging 100ft above the sea while hearing the big waves hit the rocks and learning I could conquer heights is unfettering! 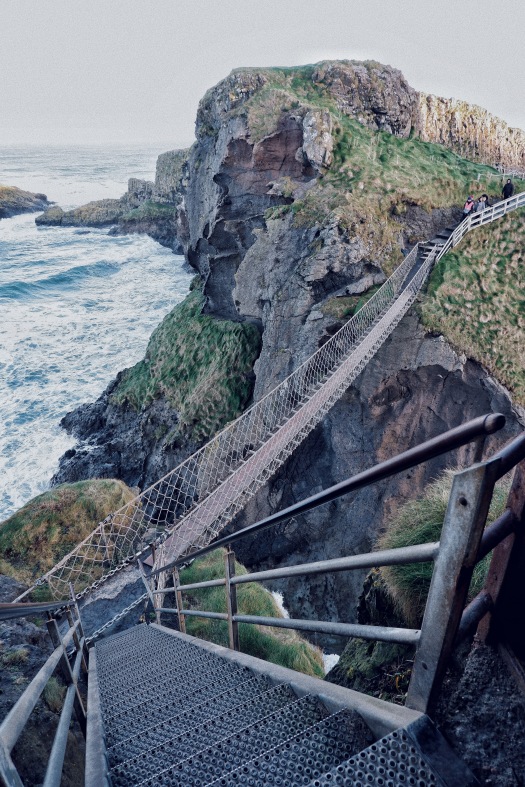 On the opposite end is Larrybane Quarry where Game of Thrones set up Renly’s Camp. I believe this is also where Brienne of Tarth made her first appearance. Few steps away from here is where Euron and Yara Greyjoy fight over who should be the next ruler of the Iron Islands. 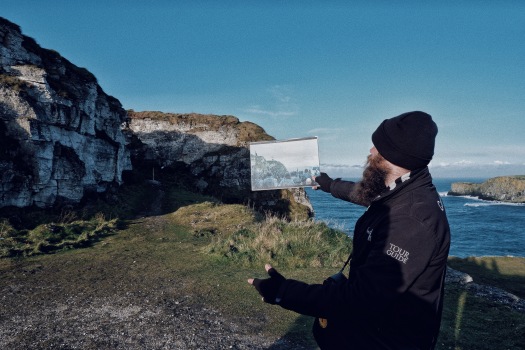 This is the fun part! We get to wear the actual Iron Born costumes and swords! Ballintoy Harbour is where Theon came ashore from Pyke Island, where both he and his uncle Euron were born again in the Drowned God and where Balon’s body was cast to sea. We had some fun here taking group photos and shouting and speaking like a true Iron Born. LOL. Thanks to Andrew the best tour guide! He recently won as Best Actor in the BACKY Awards! Check it out here. 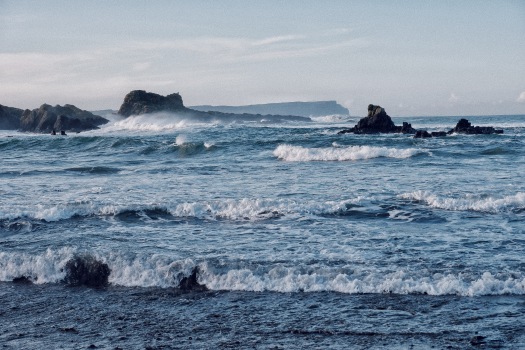 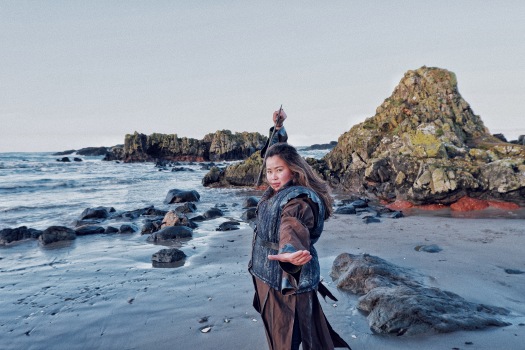 I’m not sure if Game of Thrones shot any scene here but Giant’s Causeway is part of the tour. It’s an UNESCO World Heritage site, the geological marvel of 40,000 interlocking basalt columns, formed in the Paleogene Period, 50-60 million years ago.

Last destination was the Dark Hedges. It’s a road with lots of beech trees, through which Arya and Gendry escape King’s Landing. See it here. According to Andrew, these trees were intentionally put up there which ultimately ends at a beautiful mansion. Game of Thrones took weeks to complete the set since they also needed to provide alternate routes but that specific scene of Arya and Gendry only took a day to shoot, if I recall it right.  The intricacy of this TV series is amazing!

This was just the 4th day of my UK trip and a lot has happened already! Pinch me and tell me this is not a dream! LOL. There’s one more Game of Thrones tour here in Northern Ireland called the Winterfell Trek and that’s reserved for my next visit!

In case you’re wondering, here’s the LINK of the Game of Thrones tour we booked.

4 Replies to “Northern Ireland | GoT Tour”